Yesterday, the first trailer for the Black Widow movie was released. The audience has been escorted, to see what the film looks like. Book My Show has interesting facts from this trailer. Anything?

General Thaddeus E Ross (William Hurt), an American veteran who led the Avengers. You must have seen the appearance in the film Captain America: Civil War , and also in Tony Stark’s funeral in Avengers: Endgame . Ross, again present in the film Black Widow . 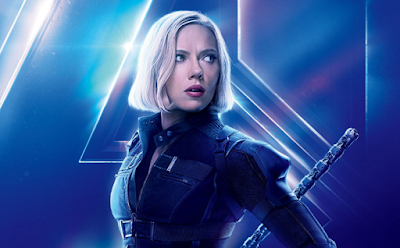 If this is really a prequel, then Ross, might have met Natasha after the Avengers had split into two. Interesting, what really happened between Ross and Natasha. At a glance from trailernyua, Ross looks younger and fresher than he appeared in Civil War . Let’s wait for the film.

For those of you who still remember some of the final scenes of Civil War, you must have seen how the conversation between Tony Stark and Natasha Romanoff. A brief discussion that suggests, Natasha is actually on the neutral side. Not on the Captain America or Iron Man team.

Well, this Black Widow movie will tell the story after Civil War . Hopefully no one will ask “Lhah, how come you’re still alive?” So, this film is definitely not after Endgame .

I do not know , when viewed from the storyline of the Marvel Cinematic Universe, Natasha’s origins are not clearly told. Since childhood he had been recruited and trained to become a spy. This information has already been told through Avengers: Age of Ultron . After that no one knows for sure how Natasha came from. One thing is certain, he already considers the Avengers to be part of his own family.

From here, maybe the curtain of the past Natasha Romanoff Black Widow’s eyebrows will be wide open.

Nat’s “family”, which had been invisible all this time, was visualized through the Black Widow movie trailer. If you look at the trailer, the characters are Alexi Shostakov (David Harbor), Melina Vostokoff (Rachel Weisz) and of course, Yelena Belova. All of these characters sit at the dining table and while showing some comical scenes.

Is it true they are part of the Natasha Romanoff family? Again, Marvel always has a way that always brings up discussion when releasing trailers for his films.

The name Tony Stark, has been rumored many times to appear in this film. In fact, referred to as Tony Stark’s final physical appearance in the world of Marvel Cinematic Universe. Indeed, there has been no clear confirmation about the presence of the owner of this Iron Man suit will be present in the film Black Widow or not.

Still, if present, Tony Stark’s presence will erase the longing of Marvel fans for the figure who has died in Avengers: Endgame .

It is possible, many surprises will appear in the film Black Widow . Let’s wait for the planned broadcast date for 2020.