Why Mandalorian Never Takes His Helmet Off !

One of the biggest mysteries surrounding Dyn Jarren, the main Mandalorian character in The Mandalorian TV series that airs on the Disney Plus streaming platform, is whether he (and other Mandalorians) ever took off his helmet. This was also mentioned in the previous episode, where it was mentioned that the mandalorians never took off their helmets.

The question then is whether this is true? In episode 4 entitled

Derived from the planet Mandalore, they are special descendants who have been blessed by various ancient weapons, the ability to make very strong armor, and the ability to defeat various enemies.

Then it was confirmed also in the series that Dyn Jarren is an orphan, this is based on a flashback that has been displayed. His parents were killed in a clone war or Clone Wars, and he was later treated by the Mandalorians. In the flashback scene, it is shown how the droids attacked and tried to destroy the home for the Mandalorians.

However, it is still unknown whether this place is the planet Mandalore or another region. To be sure, since the child was saved by the Mandalorians, he also tried to absorb the Mandalorian culture. Since then, he never took off his helmet again. In this episode 4, Dyn explained to a woman that she took off her helmet yesterday. But, he later explained that for decades he had never opened his helmet in front of other people.

Dyn then explained that ” This is the way ” or this is a characteristic of a Mandalorian who has become a culture. After the conversation, Dyn then took off his helmet ( off-screen ) so he could eat, but there was no one else around to see his face. This certainly answers all the questions so far about Mandalorian.

So has Mandalorian ever taken off his helmet? Yes and no Not if they are in a battle, in a situation where there are many people there. They will only open their helmets when no one else is around. This might sound silly, but it has been a culture for a long time. Maybe we still won’t see the face of Dyn Jarren (played by Pedro Pascal) in the near future. Maybe in the second season we can only see his face. Let’s just wait, Geeks ! 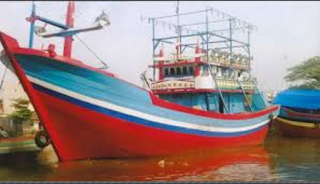